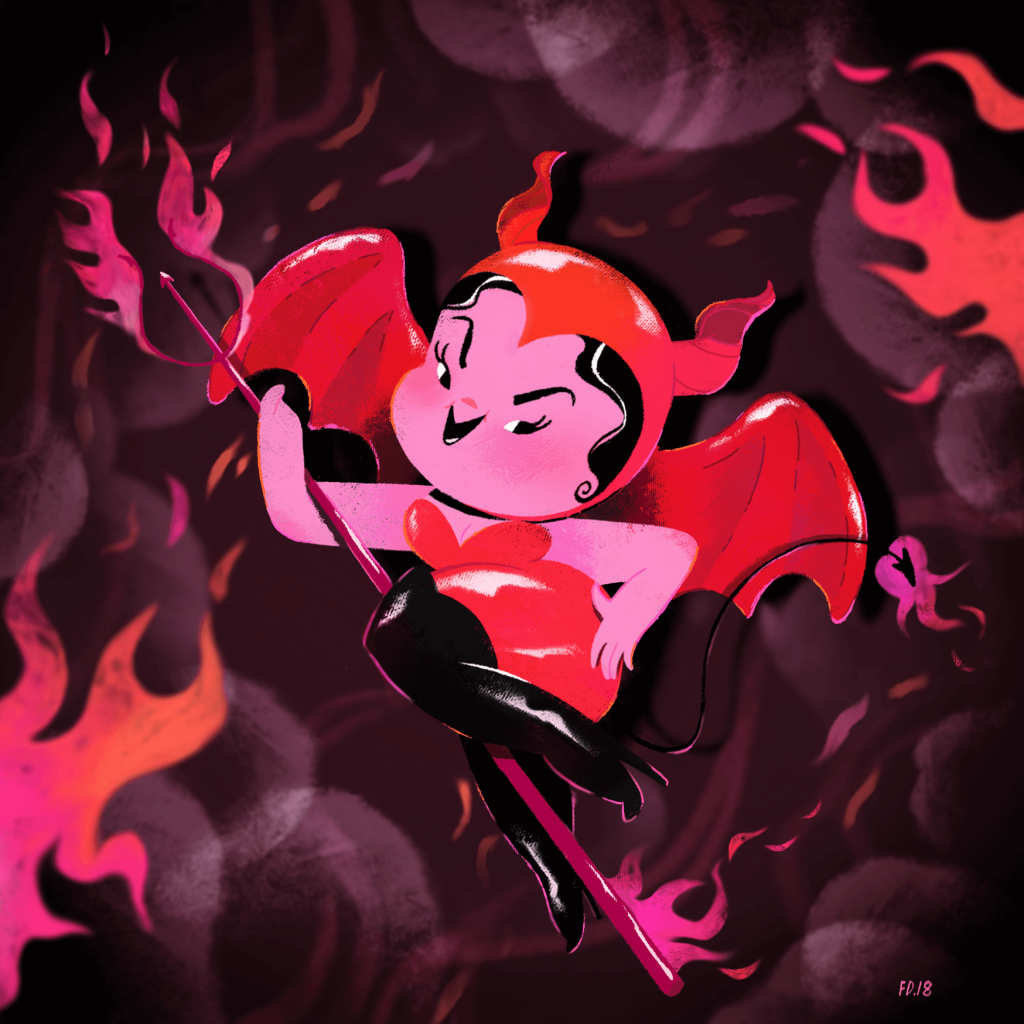 Tarot readers like to say there no card in tarot is necessarily “bad.” While that’s undeniably true in the largest sense, you have to admit there are tarot cards we dread to pull, whether that’s because they disrupt our lives or reflect some hurt. But ignoring or avoiding the “bad” cards, as easy as it can be, results in an incomplete spread interpretation. As with anything tarot, the “bad” cards have their own nuances that you must get to know. I have a list here of the “bad” tarot cards and different possible interpretations. Some interpretations turn the card into a positive, but most honor the cards’ inherently negative energies. (Though negative does not mean bad—is that confusing enough?) Read on to get to know the “bad” cards on a personal level! 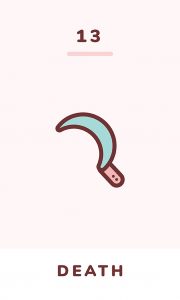 Does it mean literal Death? We hope not more often than not, but sometimes this card can indeed indicate mortality. Here are some other possible ways to interpret Death.

Old making way for the new

It could reflect the natural and graceful process of the old making way for the new. For example, if you were going to get promoted at work. (This would be a strange way for the universe to go about reflecting a job promotion but could be relevant if perhaps you felt guilty for pushing out a loyal but underperforming team member.)

Bright chances of rejuvenation or moving on positively

Death is actually a very constructive card because it doesn’t leave you depleted. Unlike The Tower, this card doesn’t leave you to pick up the pieces of something lost—instead, Death indicates there is something equally good coming into your life as a replacement soon.

Ending it is indeed your divine path

If you were on the fence about ending something, whether that’s a relationship or hobby, Death is a powerful “trump” card that says the divine is on your side in ending it—and that only good things will come out of that. 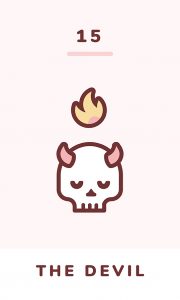 The Devil is visually one of the most upsetting cards to get. It represents addiction or indulgence. Let’s explore some other possible meanings behind The Devil.

This is a bad situation you need to leave immediately

The Devil is similar to The Lovers in that it is about choice. The Devil in a spread is a bright red flag with the words “Do Not Proceed” written on it. Note how a red flag is not necessarily a bad thing—if it comes early enough (and we heed its call) it’s a like an insider tip from your intuition.

You are ready to heal

With The Devil, feelings represented by the card are normally bubbling below the surface for quite some time before they show themselves. When you get this card in a spread, it means the plaguing demons are just about ready to see some light. It’s time, you’re ready for it.

Work on your higher self

The Devil can be a sign that you have been concerning yourself with lower frequencies, often in love with addictions, all too much lately. But The Devil doesn’t actually have a hold on you though it can definitely feel that way. Loosen the grip by practicing meditation or eating healthier foods or doing whatever you need as self-care. You’ll see The Devil practically vanish before your eyes as you focus on raising your frequency.

If you use astrology in your tarot readings, you can sometimes interpret The Devil as a Capricorn person. The reasons behind this have to do with Saturn, the planet that rules Capricorn, being thought of as the evil planet back in the day because it is responsible for life lessons. Lately we see Saturn a bit more constructively, but still, The Devil—with its goat horns—represents Capricorn. 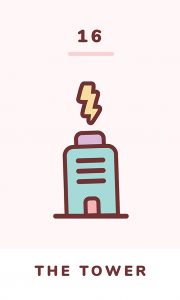 A structure you highly depended on has come crashing down. What else could that mean?

Whatever it was that you lost, it was based on deceit or illusions—this could be an indicator of a divorce, the Death of someone close, or job loss. What you had wasn’t reliable and may have done more harm than good for you. Now with refreshed vision, you can move on. The sudden change may be hurtful at first but an effort to rebuild your life will surely have good returns.

The Tower can also mean chaos or destruction. It could, for example, represent a brawl, evil decisions, or an abusive household. In this case, The Tower doesn’t have to tie to any one specific event but just general turmoil. It can represent inner malaise as well as outer. For example, the inner turmoil you feel when you have to break some hard news to somebody.

You are ready to heal

Similar to The Devil, The Tower can indicate you are now ready to deal with unpleasant truths, in a way you were not before. It’s a sign you are strong. 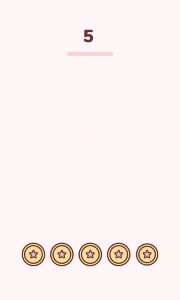 The Five of Pentacles often represents money insecurity or financial loss. That seems a bit simplistic though, so let’s talk about some possible meanings.

You’re pushing the right things away

You need to connect with other people

The Five of Pentacles is a lonely feeling card. It could be a sign you have been missing a crucial ingredient from life—the care of other people. Reach out for help, the people who care about you will be glad you did. 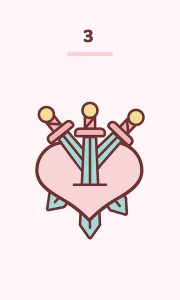 The Three of Swords is quite possibly the most negative card in the minor arcana. The kind of sorrow it depicts—depression, heartache, and grief—is something that is difficult to justify. What are some specific interpretations around the Three of Swords?

Difficult communication in a relationship

The Three of Swords may represent an unwanted third party—that is, cheating.

With the Three of Swords, there’s nothing wrong with taking some time for yourself just to cry. It may be what you need the most. Unlike the Five of Cups, the torment predicted in this card is quite strong and unavoidable. It’s just a matter of how you will deal with it.

Sometimes the Three of Swords simply represents the Death of a loved one, and the grief that follows that. You will need to deal with your grief in order to move on. 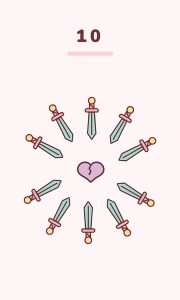 This minor arcana card often stands in for backstabbing and betrayal. It can also mean martyrdom or hitting a wall. Let’s see what else it could mean.

Violence is on the precipice

The Ten of Swords could, in the very worst cases, imply violence is something that could happen in this situation.

Someone is putting a curse on you or bad-mouthing you

One and the same, The Ten of Swords can mean someone is cursing you or thinking very badly about you. These result in the same thing—negative energy being hurled your way. In this case you may need to do something to block the bad energy, such as meditating with obsidian.

This is similar to the Five of Pentacles. The difference is that with the Ten of Swords, it may have hurt your spirit more than your financial resources. When you get this card, it feels like things can’t feel any worse—and you’re right. Ten implies that this is the end of a cycle though, so your chance at happiness may just soon turn around.

The worst part is over

Sometimes the Ten of Swords can communicate that the bandage has been ripped off, and the pain is over and done with. Closely related to this is the interpretation of martyrdom. Take care you are not making your situation out to be worse than it is.

I’ve been reading tarot for 6 years now, but the relationship between my tarot decks and I feels like a new adventure every day. I’ve gathered here a couple of tips for reading tarot. Some …

The Fives in Tarot are hard times. Depicting a range of dark emotions, from insecurity to loss to hubris, the fives can be seen as tumultuousness. But is pulling a 5 card necessarily always bad news? Get …

If you’re starting out with tarot, you may feel like many before you have: how in The World am I gonna memorize all these cards? As with all tasks, it’s easier when you… 1. Divide …